While her glittering music career has garnered her endless fans, her saucy style has always caused ructions.

And Lady Gaga was bringing her sexy action to the shores on Wednesday as she was seen on a jam-packed photo shoot in Malibu, during which she stripped down to various states of undress – including a sheer cami and a barely-there bikini.

Flitting between a host of ensembles, her most stand-out look was the white dress which started simple and sweet however a splash of water meant she was leaving nothing to the imagination as the garment went sheer.

Gaga, real name Stefani Germanotta, oozed sex appeal on the shoot as she brought the glamour in front of the cameras – with a vast glam squad on hand to ensure she was picture perfect at every turn. 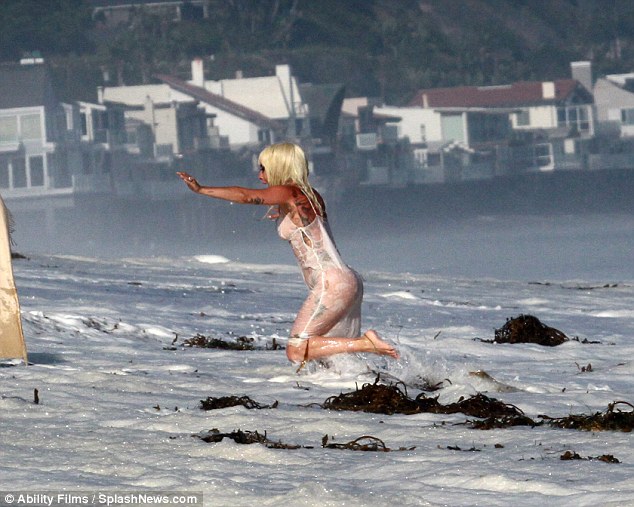 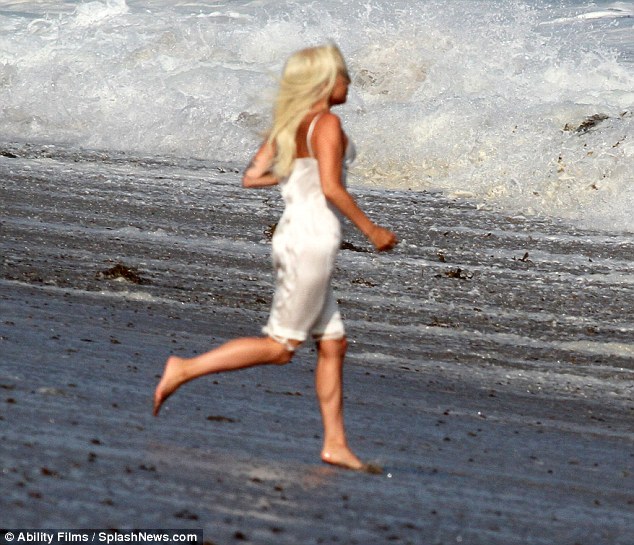 Proving her dedication to the snaps, the blonde beauty immersed herself in the choppy seas, including taking a spill on the sand, during which she caused her white slip dress to go entirely sheer and expose her unsupported assets beneath.

Further adding to the saucy shot, she wore just a nude thong underneath to provide the ensemble with a nearly-entirely naked silhouette under the biased-cut number.

Her peroxide tresses fell in silky tumbling lengths falling over her shoulders while a heavy fringe swept over her fluttering eyelashes to nail the shot.