A star is born! Lily-Rose Depp flaunts her slender figure with a number of racy looks while gracing the cover of Australian Vogue magazine

But Lily-Rose Depp, 19, proved she’s a star in her own right when she posed in a number of racy ensembles while gracing the cover of Australian Vogue magazine.

In the February issue of the fashion bible, the French-American starlet seamlessly blended chic looks from both cultures.

Lily looked the pinnacle of chic in a plunging, sleeveless black top and shimmering skirt for the cover flaunting her slender figure. 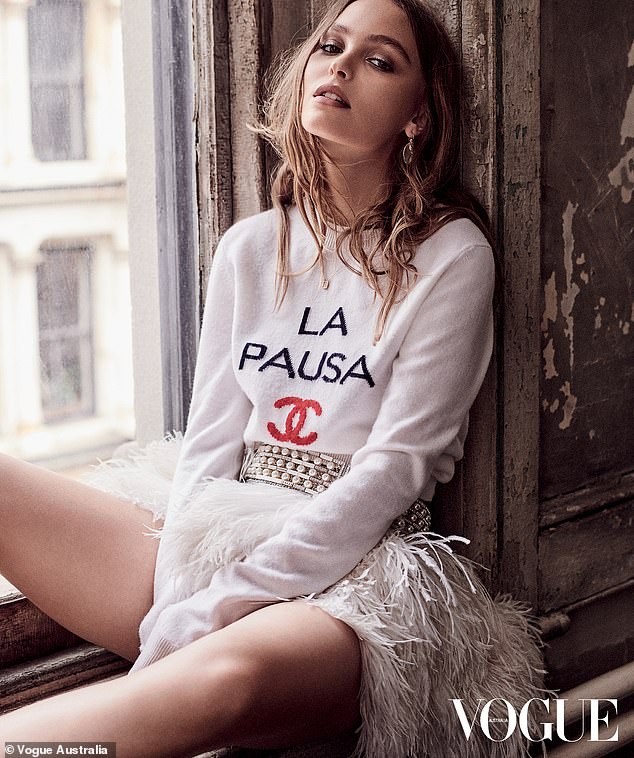 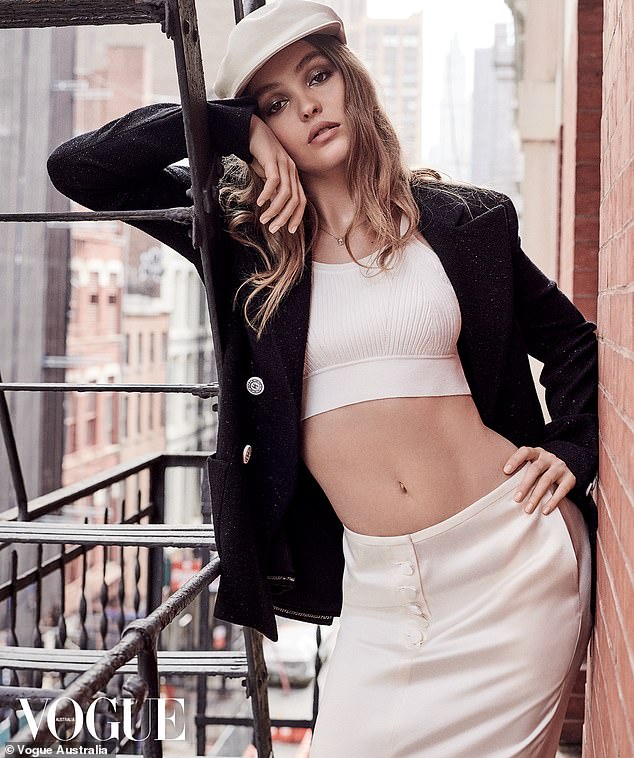 Posing on a fire escape in New York City, the fashion star paired the designer outfit with a structured, wide-brim sun hat.

The model-turned-actress complimented her porcelain complexion with a dewy make-up style, along with a pale shade of lipstick and eye-shadow.