Mariah Carey looked fashionable as ever as she stepped out with her longtime boyfriend Bryan Tanaka for a movie date on Monday in New York City.

The 53-year-old superstar navigated the sidewalk in a pair of towering Christian Louboutin black stilettos, and slipped her curves into a mini black sequin dress.

The We Belong Together hitmaker and her other half, 39, were seen catching a screening of the romantic comedy Bros. 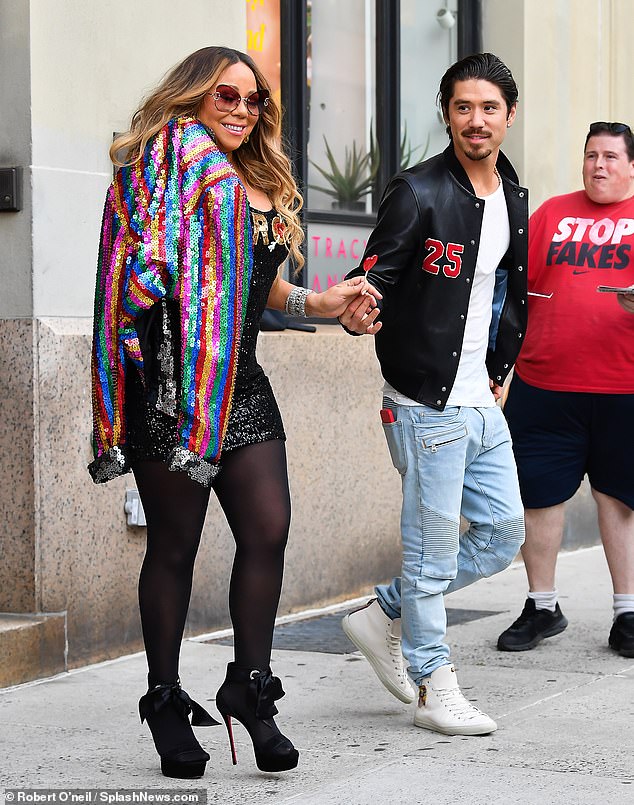 Mariah even had the name of the film – which features an all-LGBT cast – spelled out in gold sequins on the front of her dress.